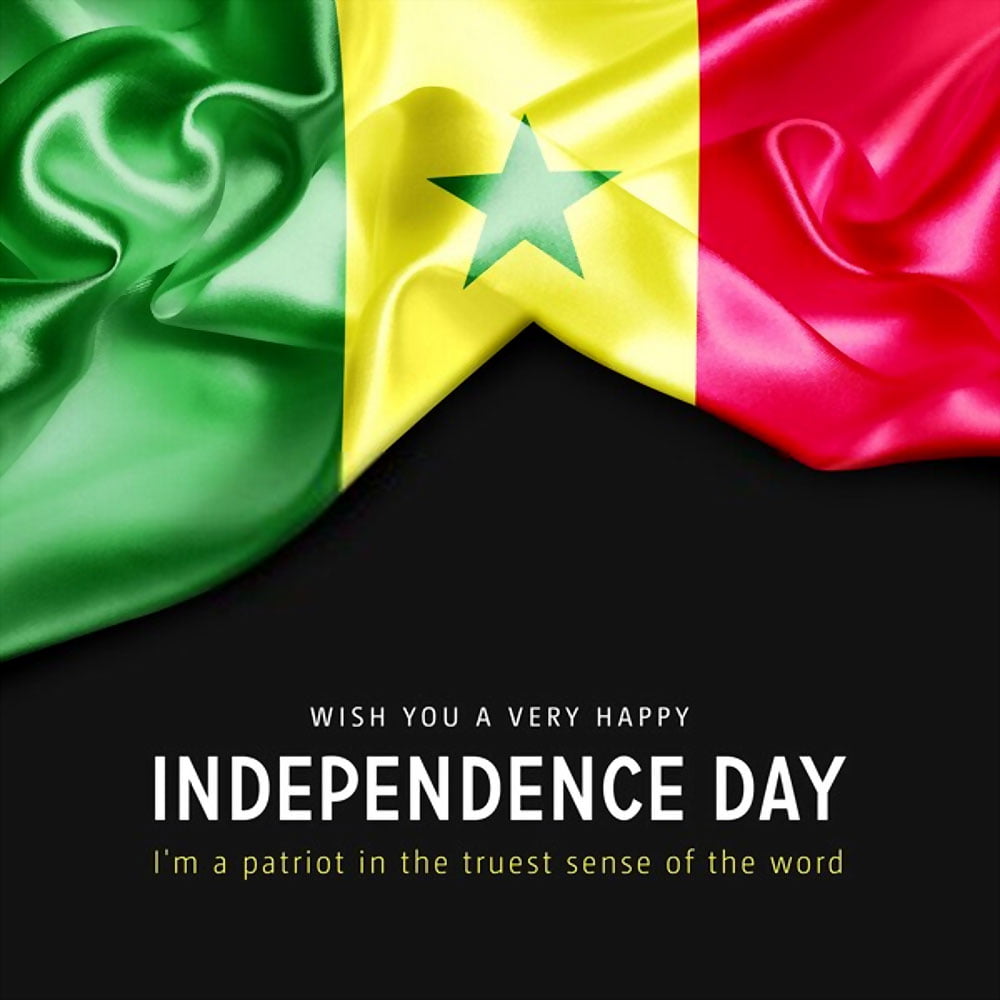 The official independence date of Senegal is 20 June 1960 but the national holiday is celebrated on 4th April every year. This day has great significance in the history of  Senegal. Different European countries like the Netherlands, England, and Portugal were competing for the Senegal trade and finally, France occupied its full control in 1677. At that time most of the trade was done in slavery, wax, gold, and ivory. In the 1850s slavery was almost finished. After a great struggle, Senegal got independence from French colonial rule. Also, this was an important turning factor for Senegal after gaining freedom from strong France, Portugal, Holland, and Britain.

The European colonial powers (Netherlands, England, and Portugal) attracted to Senegal in the 15th century and by the end of the 17th century, All these strong European(Portugal, Holland, and Britain) traders had full power and control in this region before the control of France. Empires and kingdoms of Senegal were unable to defeat these European powers. France had taken control of this region. By the end of the 17th century, the area around the modern Dakar was taken and controlled by France. France effectively created a post for the Atlantic slave trade and extended its control to all the local kingdoms.

But after a continuous long and great struggle, Senegal got its independence from France. Now after independence, the Senegalese are in this position where they can rebuild their lost cultural traditions during the colonialism time period.

Mali Federation was created in April 1959 after the merger of Senegal with French Sudan. In April 1960 on dated 4th Senegal signed a transfer of power agreement with France. This agreement was led to the formal independence of Senegal on 20 June 1960. The Mali Federation broke up on 20th August and the Léopold Sédar Senghor was the man who became the first president of Senegal in September 1960. He leads the country till 1980 and was followed by a president named Abdou Diouf. This man also gave continuity in leadership to the fledgling nation in the region as president for 20 years. The independence day of Senegal is marked by an armed forces parade in the capital city.

Why the Senegal Senegal Independence Day is celebrated on 4th April?

The Mali Federation was formed after the merger of Sudan (today Mali) and Senegal in January 1959. In June 1960 this federation got independence which led to the final independence agreement of Senegal with France on April 4th, 1960. Due to this reason, every year Senegalese celebrate their independence day on April 4th. 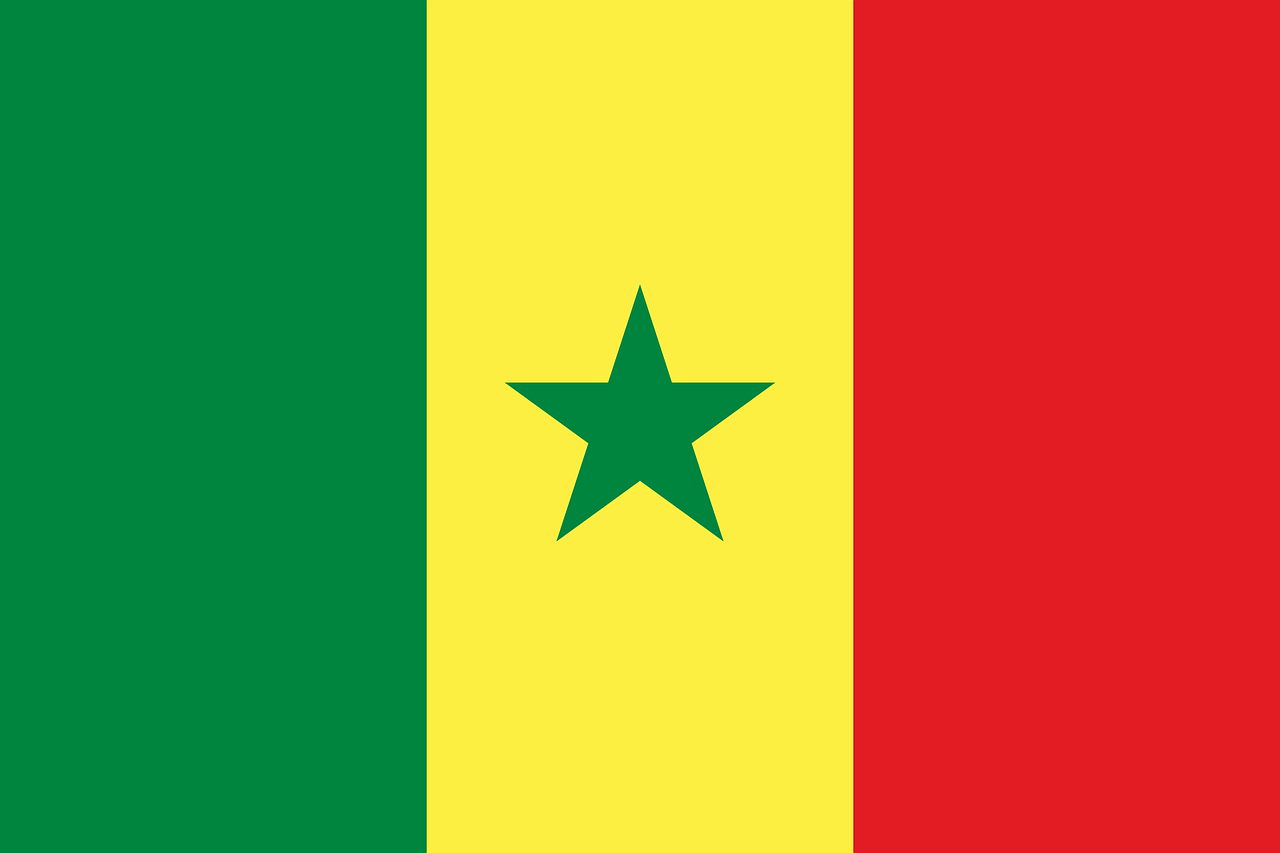 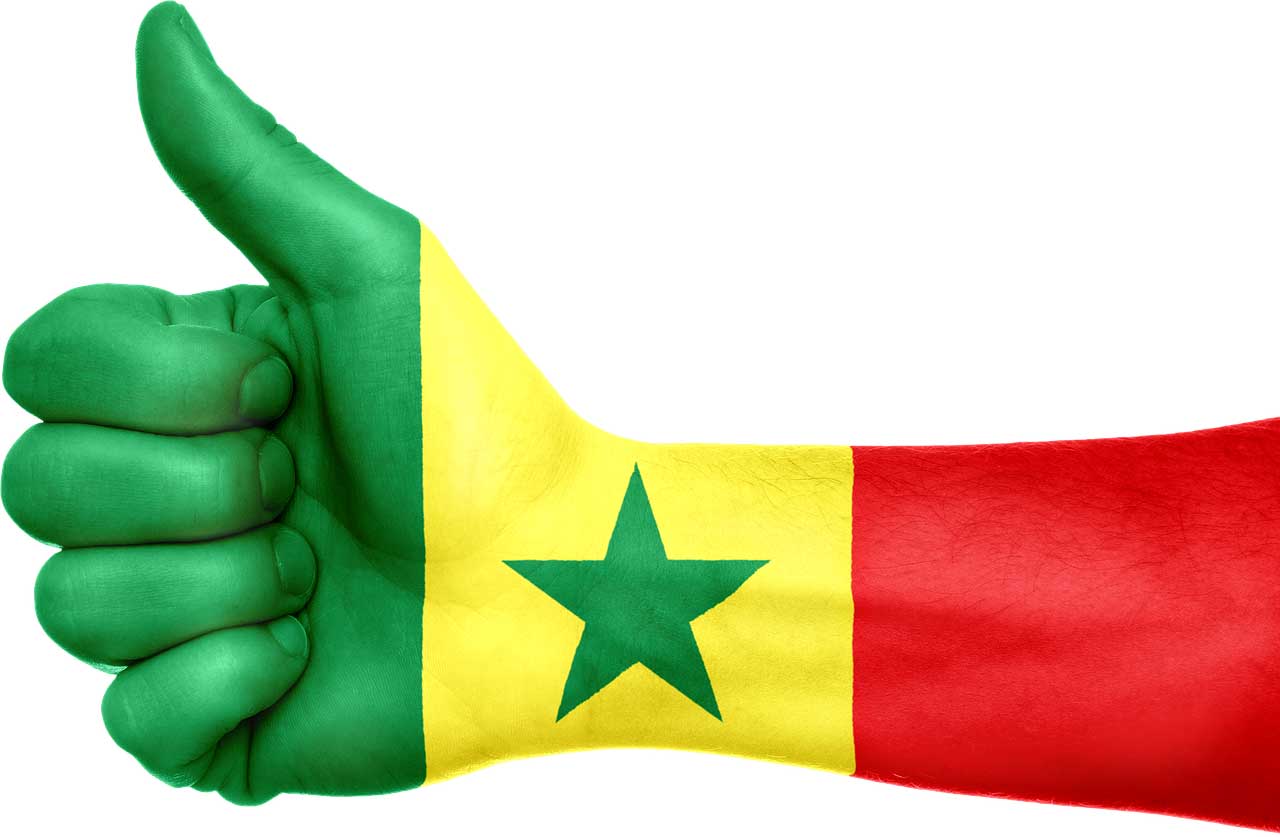 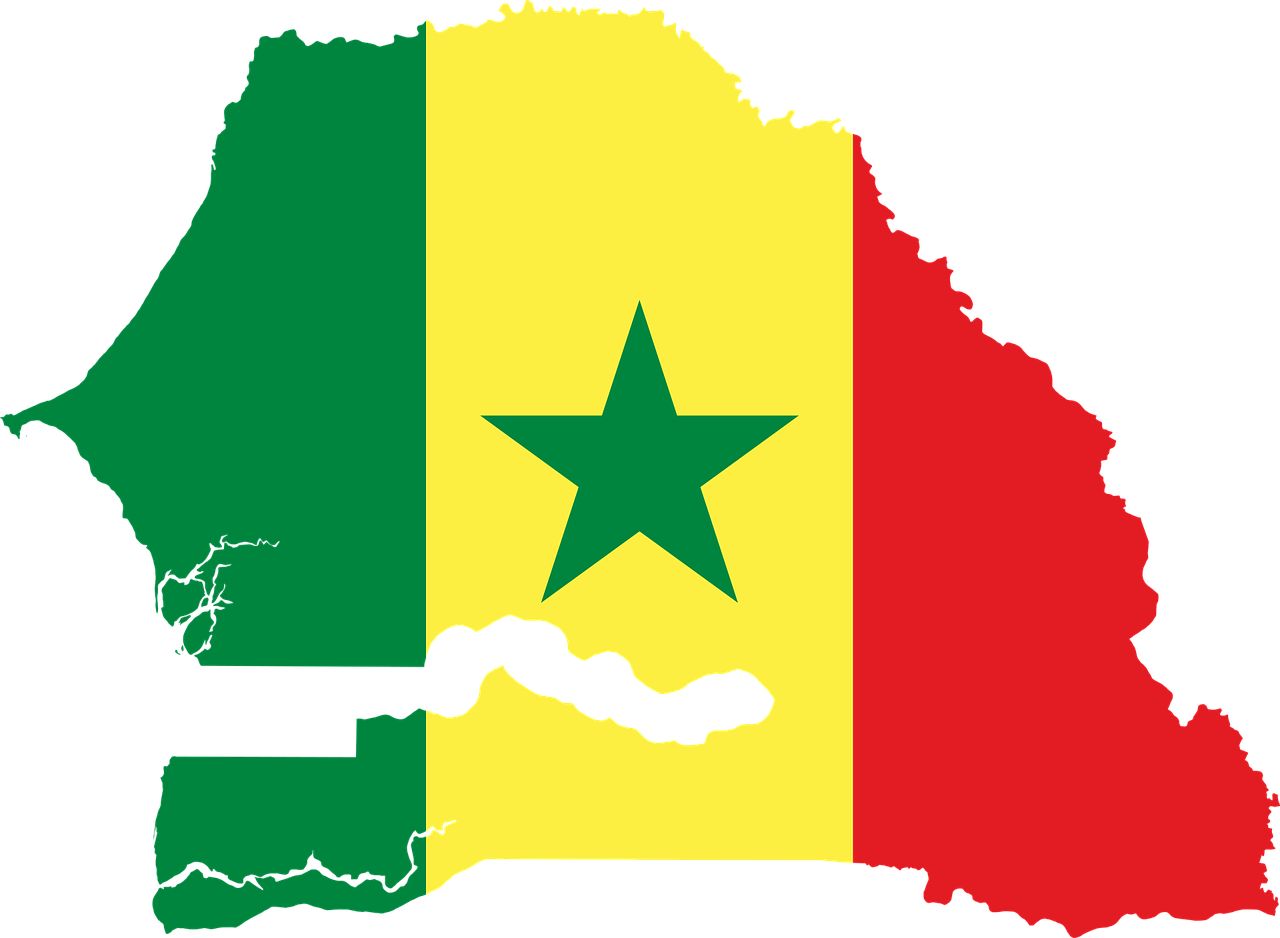 This year Senegal is celebrating its 59th Independence day anniversary on Thursday, April 4, 2022. The inauguration party of new Senegalese President Macky Sall will be held in the capital city Dakar and the Gambian President Adama Barrow and Ethiopian President Sahle-Work Zewde will also join the 59th Senegal Independence Day festivities. Senegal has only seen four presidents because the leading time period of their presidents was too long. The names of these 4 Senegalese presidents are Léopold Sédar Senghor, Abdou Diouf, Abdoulaye Wade, and now Macky Sall. 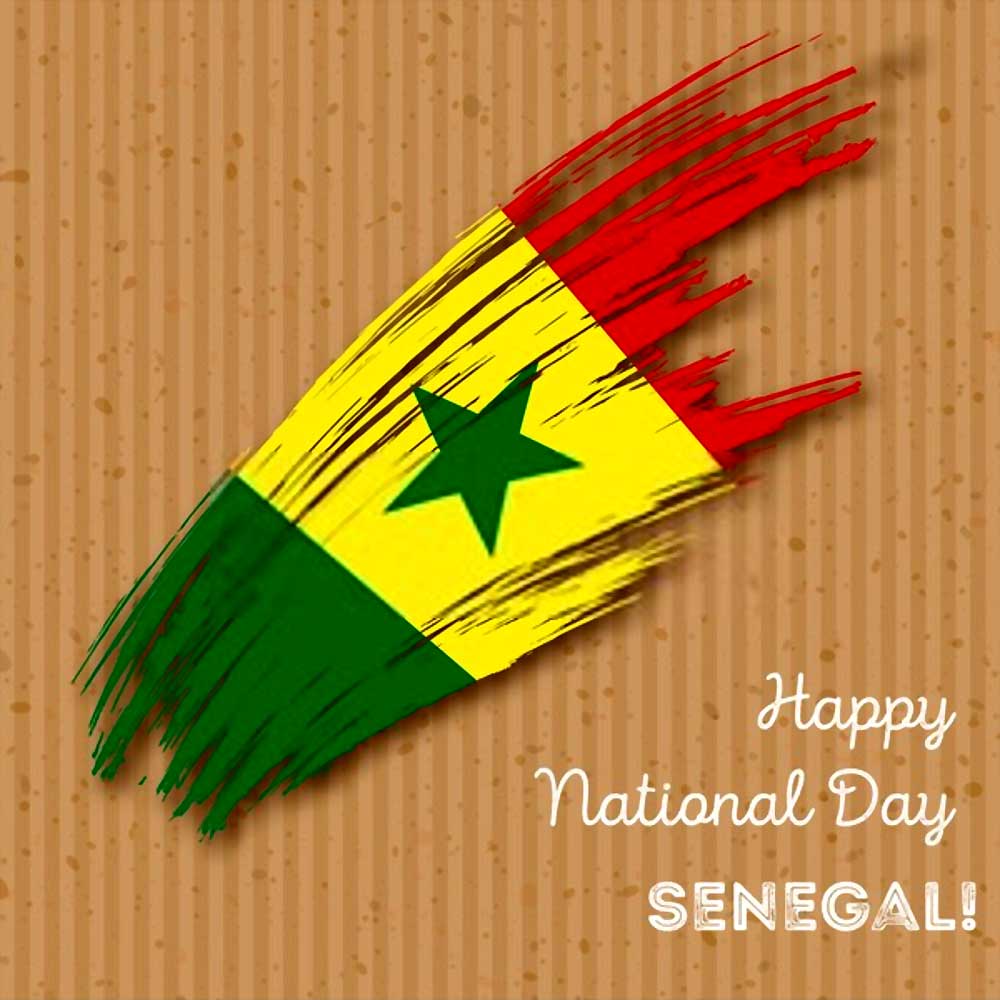 It is time for u to show your freedom.
Let yourself be heard
Don’t follow others footsteps
Let yourself fly free
You are independent after all!
Happy Senegal Independence Day 2022.

“Life is full of vibrations, not of bombs
But of harmony & happiness
Enjoy it with full masti, spirituality & rhythm.
Happy Senegal Independence Day 2022.”

“We should take the pledge that
Till our last breath we will fight terrorism,
We will protect our country with all we have
Happy Independence Day!!”

“Feel Proud to be a Senegalean Have a Great Independence Day.”

“Freedom in the mind,
Faith in the words,
Pride in our hearts &
Memories in our souls…
Let’s salute, the nation on Independence Day!”

“Let’s salute the martyrs
For the sacrifices they made
And thank them
For giving us our today.”

“I hope this 4th April will add more colors to your life.
Happy Senegal National Day 2022.”

Wishing all my friends and family, a very Happy 59th Senegal Independence Anniversary. Thank You All The Leaders For Giving Us Freedom To Live and Enjoy!

On the occasion of Senegal Day, let us look at our past and take lessons to make our future a glorious one. Wishing you and your family a wonderful Happy Senegal National Independence Day 2022!

“On Independence Day
Here’s wising our dreams
Of a new tomorrow
Come true for us…
Now and always!
Happy Senegal National Day 2022 !”

On 4th April, let us all remember and thank all the brave souls who gifted us a peaceful and beautiful nation free from slavery. Wishing Happy Senegal National Day 2022 to you and your family.

Today we celebrate the gift of freedom. Long may our flag wave.

This National Day let’s take a pledge to protect the peace and unity of our great nation. Wishing you a blessed

As we celebrate our nation’s independence, let’s remember our past leaders who lost their lives in the battle for the freedom we are enjoying today. Have a wonderful Independence Day!

Every citizen should have a sense of belonging wherever they find themselves. May all our politicians rise to the great task of building trust between the people and the nation so we can have peace and stability in our country. Here’s wishing everyone a happy independence day celebration!

On this national day, here’s wishing our dreams of a new successful tomorrow come true. May this independence day be filled with patriotic spirit. Wishing you all a very Happy Senegal Independence Day 2022!

Freedom in the Mind, Faith in the Words, Pride in our souls. Let’s salute our nation and welcome our new President Mack Sall on this grand Independence day event.

Freedom is priceless, you can never buy it anywhere. Remember that the freedom you enjoy now was as a result of all the fights, hustles and struggles of many of our lost soldiers. Let us remember them and pray for their souls during this independence day. Independence is ours.

Freedom is the most precious thing in every human’s life. No one has a right to take it away, and we need to do everything to protect our society from cruelty and violence. Happy Senegal Independence Day 2022!

Again, it is time for us to show other nations that we are great people from a great nation. And let’s continue our struggle towards prosperity and betterment of our dear nation.
Wonderful happy Senegal Independence Day Wishes 2022 to all Senegalese!

You think because our past heroes struggled for us to get us to where we are right now, that the struggle has ended? No! We all have our quotas to contribute to keep the engine of this country moving. We can’t just leave it at where they stopped, we need to continue from there. Happy Senegal National Independence Day celebrations to you. Think about it!
Senegal National Independence Day Messages 2022 !!!

No nation is perfect,
It needs to be made perfect
Contribute towards the perfection of your country.
Happy Senegal National Independence Day 2022.